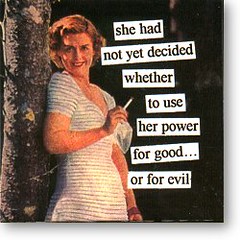 In culinary terms, the amuse bouche refers to the tiny bite-sized morsel that precedes the first course, an introduction of the chef and preview of the meal to come. Amuse My Bouche refers to the food column that you find here on Providence Daily Dose, promising local restaurant reviews, Providence food&bev industry gossip, and general sass on the subject of eating & drinking.

Earlier this year, Washington Post reporter Laura Stepp brought us the book Unhooked: How Young Women Pursue Sex, Delay Love, and Lose at Both. Stepp follows around a bunch of privileged, ambitious female high school and college students as they “hook up” with young men, avoiding relationships and keeping things casual. She tries to convince young women that if they keep putting out, they’ll spend the rest of their lives alone, never able to commit to a stable, caring partner. I haven’t read the book, but from what I hear it’s a patronizing, sex-negative rant by an uptight witch who’s probably never had an orgasm. She upholds archaic gender assumptions, advising young women that, “He will seek to win you over only if he thinks you’re a prize.” She never takes into account that many women like sex just as much as men claim to and that, just maybe, it’s a good thing for women to explore their sexuality without shame, so long as we’re doing it safely.

Anyway, in my opinion the book is totally wack. But as I look at the dating and mating patterns of the people around me, Stepp has made, at the very least, a good observation about how we all get it on. I look back at my own record, and it’s fair to say that I’m a member of the “unhooked” class. You probably are, too.

Now, I wear my badge with pride, but it was a little disconcerting to realize that after 15 months of living and loving here in Providence, I hadn’t been out on an actual old-fashioned dinner date. Plenty of hazy, hung-over discussions with lovers about where we should get an omelette, but no wining and dining.

So what? What’s that got to do with food? Yes, my love life has developed to closely resemble Track 10 of Liz Phair’s Exile in Guyville. That’s not your problem, readers, and the good news is I’ve racked up plenty to write about in the way of the Morning After Breakfast.

First of all, congratulations, you’ve found someone that you like enough to even go out to breakfast with. Here’s a rough guide of where to take your new part-time lover.

If your new hook-up is so hot, breakfast is just a break between sessions and you really, really want your ex to see you with this person…
Julian’s always feels like the college cafeteria on the Sunday morning after a big party. Who’s showing whom off? Who is totally wearing the clothes they had on the night before? This is the place to be seen. It’s also the place to get $3 mimosas. Order one and then go back to your place for another round.

If your hook-up seems slightly out of your league…
Modern Diner is a sure thing. The long wait leaves plenty of time for you to really get to know your special friend. I think this place is delicious and just screams class. And nothing says, “I really like you,” like an orchid garnish on french toast.

If you wake up the next morning unsure of where you are, but the person asleep on your arm looks pretty good anyway…
Liberty Elm is a quirky place with an atmosphere appropriate for the “What was your name again?” conversation. They are a woman-owned business and source locally as much as possible, so you can rest assured that your money is going to a good cause and your karma is in check. I haven’t been to this spot when it’s really busy, but apparently it gets so bad that you’re bussing your own tables and asking the owner what you can do to help. Keep a sense of humor about the whole morning, and maybe this hook-up will turn into a happy mistake.

If you feel like it could get serious….
Nick’s on Broadway has the best breakfast in town, but how keen am I to let chef Derek Wagner think that I’m off the market? Not very, unless my feelings for the lover are really serious. If you’re lucky enough to hit the hook-up jackpot, Nick’s pancakes defy convention. They are always perfectly consistent in size and texture, and never too sweet. The good news is you can ask for a half order and share them, in addition to the eggs and bacon and kick-ass potatoes, solving the ages-old brunch dilemma of savory versus sweet. And again, the lines for this spot require that you can hold a good conversation with your partner.

If you keep accidentally having sex with your best friend for 10 months…
You’re probably so comfortable with each other, there’s no point in trying to impress and you’d rather avoid the lines. I find that Classic Café is quick, has acceptable food, and is very affordable. But the poor servers are always so frazzled that I feel kind of bad even being there. And I once ordered chocolate chip pancakes that I’m sure were cooked on the same griddle as onions. It was gross.

For a fleeting summer romance…
I once had a particularly lovely Morning After Breakfast courtesy of Whole Foods and Prospect Park. It’s quite nice, and cheap, to pick up a scone and coffee and have a spontaneous picnic overlooking the cityscape. The weather will keep you away during the colder seasons, so take advantage of this spot from June to September.

For girls like us, it’s satisfying enough to wake up next to someone and not want to chew your arm off, to instead take them to that bustling diner where all your friends will be, share a side of bacon, and maybe even feel a little bit proud of who you’ve done the night before.

And nobody’s going to tell me that it’s something to be ashamed of.

4 thoughts on “Amuse My Bouche”