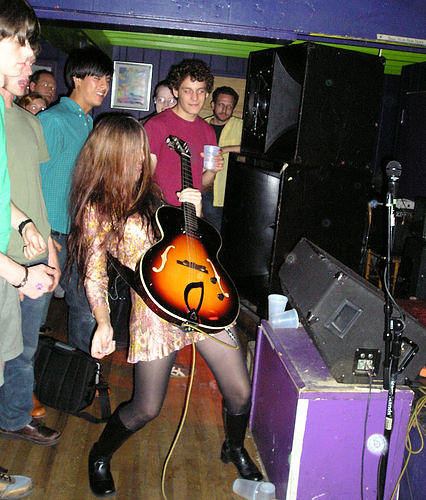 Presented by B Sharp, the greatest music gear shop in the universe, tonight Boston’s Major Stars release their 6th (!) album, Mirror/Messenger (Drag City). Also on the bill, Brooklyn’s Sightings, whose newest Through The Panama (Load) was produced by Andrew WK. And that’s some cred, people. Hear a stream of the awesome track “Perforated” here. The Body, who’ve been making some stellar noise for a few years now are also on this gig, along with Xerxes, who get the ass end of the set so get there early.
AS220, Major Stars, Sightings, The Body, Xerxes, 9pm $7