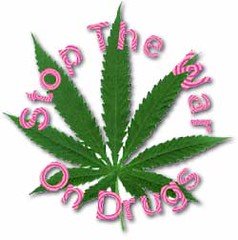 Heroin users have always been a notoriously hard group to mobilize, but you would think the cokeheads could have pushed this through by now. I kid — this is an important issue for all citizens.  The Brown University chapter of Students for a Sensible Drug Policy (SSDP) sponsored a lecture last night featuring Jeffrey A. Miron, libertarian economist and Director of Undergraduate Studies at Harvard University.  Mr. Miron is the author of Drug War Crimes: The Consequences of Prohibition; his particular focus last night was contrasting the libertarian approach (complete legalization of all drugs) with that of liberals (some marijuana is okay sometimes, but the other stuff should be controlled).

Coming from the basic libertarian stance that the government should not be involved in your choices as long as third parties are not harmed, Miron made a compelling argument for complete legalization (at which time he thinks he’d like to try it!). He was smart, funny and persuasive; big ups to Greg Anderson for organizing this interesting event.  (And if anyone from the Brown tech crew is reading this, there’s a microphone in the List Auditorium that needs Viagra.)