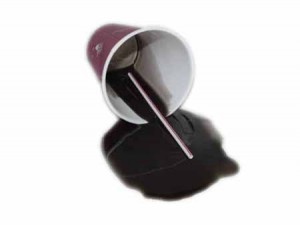 UPDATES — 9AM WEDNESDAY: The ProJo has picked up the story crediting “several left-leaning blogs” with breaking it, but we know it was Ms. Dymoke who spent most of Monday on the phone fielding questions from the Canadian media.

ORIGINAL, AUG 9th: Well that’s a first… apparently people do read the Side Blog, as several sites have picked up Wesli’s post. We’ll Golden Ticket it, all the way up to the featured slot:

National Organization for Marriage [sic] is throwing “Rhode Island’s First Annual” Celebrate Marriage & Family Day this coming Sunday 16th at Aldrich Mansion in Warwick, 3pm to 8pm. The event is “free and open to the public,” meaning that we’re all invited! So come on down! You can pay a modest fee for some hot food (some portion of which may or may not go to NOM/RI and their ongoing fight against the threat of marriage equality here and elsewhere), or you can just brown-bag it. (Probably not that kind of brown bag, though, sorry.)

That our lame-duck guber and his wife are members and vocal supporters is no news. What may be news to some people, however, is who’s bankrolling this shindig: Besides NOM and Aldrich, there’s also Blount Fine Foods of Fall River, Blish and Cavanaugh (Providence law firm), Michael David (wedding photographer based in Warwick), Northmark Solutions Group (Providence IT firm), Celldrifter (some Christian designer dude into Creation, Focus on the Family, and such; no name or location that I can find). And finally. . .

Yes, Tim Hortons. The Dunkin Donuts of Canada. You know, Canada — where same-sex marriage has been legal nationwide since 2005 (and since 2003 in Tim’s home, Ontario). What in the world are they doing sponsoring something like this? Their site says that they support “local initiatives that make a difference” — such as little leagues, Halloween safety, and the like. And that they sponsor community initiatives with a focus on “helping children and supporting fundraising events for non-profit organizations and registered charities.” But not “those representing religious groups [or] political affiliates,” such as.. well, how would you characterize a group like NOM?

As you may recall, some years ago, Tim Horton’s got a once-ever chance to win over Rhode Island when Bess Eaton sold out to Wendy’s, who was then partnered with Tim’s and basically handed the stores over to them. Tim’s managed to blow it though a combination of uncompetitive selection and pricing, inconsistent service, and, worst, failure to produce a decent iced coffee — or indeed, any iced coffee at all — until long after most people had given up on them. (Their Locator lists 36 Rhode Island locations, but most of these are gas stations selling their coffee, as well as their New England office in West Greenwich — conveniently located in the only New England state without marriage equality.)

So now they’re trying to fight their way back, and what better way to win over the hearts and minds of Rhode Islanders than to put their name and reputation behind the nation’s largest and most odious gang of gay marriage opponents? I’m sure they’d love to hear your thoughts about this.