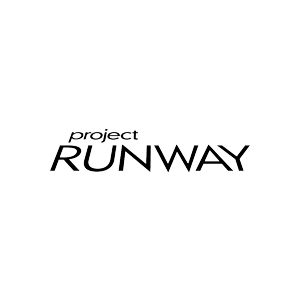 When Ian Curtis sang that “love will tear us apart”, what he must have meant was “trying to design surf-inspired clothing in groups of two will tear us apart” – such was last night’s episode of Project Runway. After last week’s maternity-themed challenge, our merry band of designers were forcibly paired up by (a sandal-clad!!) Tim Gunn and given the task of creating a “fun and fashionable surfwear look”. Project Runway on Lifetime (maternity challenge!) and in Los Angeles (beachwear challenge!), how you shock us with not one but two imaginative, network-challenging episodes! Fear not, though, cynics. Half-way through the episode, Tim made a shock announcement – each team would also have to create an avant-garde look to correspond to their beach look. TWIST!

Not really, Lifetime. The twist was completely inorganic, and about as hip as hearing your mother use “NOT!” in 2009 without any sense of irony whatsoever. Painful, this creaky move to Lifetime has been – but I digress…

…for last night was all about fashion tearing designers apart. Fashion that turns brother against brother. Fashion that annihilates the soul. Fashion with no mercy. Sure, there were some teams that got on like a house on fire, but who cares about them. At this early stage in the game there are, by my estimate, at least 49 contestants left. Clearly the editors had no choice but to focus on the handful of designers who would rise to the greatest of fashion heights – and fall to the lowest pits of poly-blend despair.

The main emphasis of last night’s episode was the pairing of apostrophe-crazy Ra’Mon and hapless, hopeless Mitchell. Mitchell, who is too fragile and precious for this cruel world. Mitchell, who belongs somewhere faraway with the other twinkling celestial beings. Mitchell, who walked through the wrong door at Lifetime headquarters and found himself not on the set for Drop Dead Diva, but rather this strange sewing show called Project Runway.

In the year 2109, our great-great grandchildren will reflect on the Project Runway canon with curious wonder. “How in the world,” they will fruitlessly plead in front of their holograph television screens, “did Mitchell even get on this show?” A valid question, space children from the future, and one that science may never be able to answer for us. For Mitchell, Project Runway isn’t so much a reality TV competition with a $125,000 cash prize and an international opportunity to showcase one’s emerging talent, as it is a home-ec level crash course in the fundamentals of garment construction. “That shiny thing over there,” Mitchell nervously whispered to Ra’Mon. “What’s it called again?” “Scissors,” a resigned Ra’Mon sighed. “And please don’t use them anymore. You’ll just cut yourself again, and we can’t afford for you to lose any more blood tonight.” Alas, poor Ra’Mon. Brain to Mitchell’s Pinky.

After 45 painful minutes of watching Mitchell sew himself into his own jeans and burn each of his tiny, delicate appendages with a steamy-hot flat iron, it was finally time for the runway show – and what a festival of couture delights it was! Or, was not actually. I don’t blame the designers for the lackluster show so much as I blame the producers for giving us such a lame challenge.

The only silver lining to the challenge’s dull-gray cloud was the amount of frothy animosity we saw amongst some of the teams. Let’s focus on the hate for this recap, shall we? Great. So first there was Qristyl and Epperson, who viciously wrestled both for control of the design as well as the prize of “name most likely to piss Joe off”. (Qristyl won the latter competition, hands down.) Their designs were kind of a mess, but nothing worth getting kicked out over: 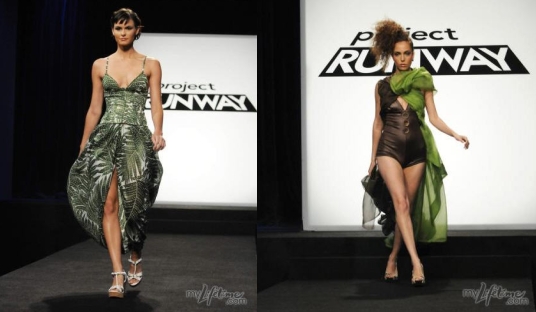 Next we had Eastern Bloc frenemies Gordana and Nicolas who, forgetting the exact guidelines of this week’s challenge, designed clothes with the beach-going prostitutes of Moscow in mind: 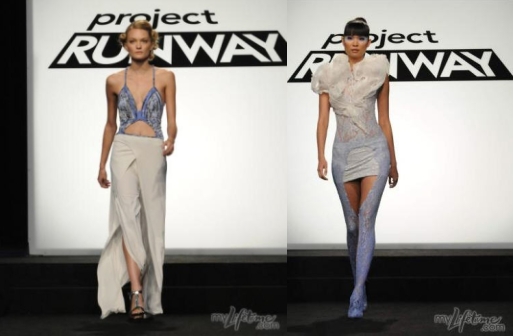 And finally we had our beloved odd couple, Ra’Mon and Mitchell. Ra’Mon essentially designed and constructed both looks – the avant-garde frock having been dyed and thrown together in, I kid you not, the final 35 minutes of allotted time. And…are you ready for it…Ra’Mon and Mitchell actually won. TWIST! 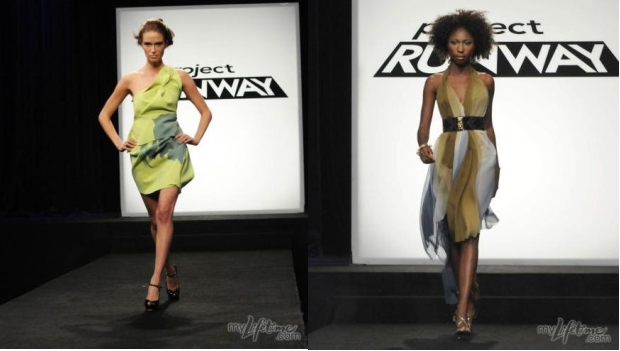 Except – DOUBLE TWIST!! – Mitchell was ultimately AUFed. That’s right, you heard correctly: for the first time in Project Runway history, a designer was given the boot for a winning look. For you see, upon hearing the news that teammate Ra’Mon single handedly executed every single element of the design, something rather beastly came over the normally docile Heidi. The glimmer from her eyes quickly faded. The room darkened, and her once radiant face scrunched into a menacing scowl. With leopard-like swiftness, she pushed a concealed button on the side of her chair and, before anybody knew what had happened, Mitchell fell through an expertly rigged trapdoor and was quickly devoured by the rancor that lives beneath the catwalk.

Afterward, at the funeral the surviving designers held for Mitchell’s empty coffin, tensions remained high. Qristyl barely spoke to Emmerson. Gordana could barely contain her rage at Nicolas, shouting “You make whore outfit like in movie Mermaid!” “It’s Splash, you imbecile,” groaned Johnny, itching to fall off the wagon – pining for the sweet dose of meth that would finally, finally make all of this senseless bickering stop. But deep down Johnny knew – they all knew – that peace and tranquility were far from any of their futures.