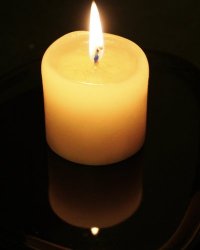 If you’re equally pissed-off about Governor Carcieri’s deplorable, inhumane veto of the domestic partners’ funeral rights bill last week, come out and show it this Thursday, November 19th. From the Facebook invite:

On Tuesday November 10, 2009 Governor Donald Carcieri killed a bill that would allow non-married couples the right to plan the funerals of their deceased partners. Please join in solidarity for a vigil and funeral procession this Thursday, November 19th @ 7:30pm sharp, along the Statehouse sidewalk facing the Providence Place Mall. Please wear black if you are able.

23 thoughts on “Vigil And Funeral Procession Against The Veto”