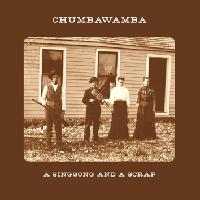 Now that the 00’s are wrapping up, people are writing Best Albums Of The Decade lists like crazy, and I almost added my top albums list to that lengthy pile.  But then I thought there was no point explaining the greatness of MIA or Radiohead or Antony and the Johnsons or The Knife, when anyone who might evern remotely care probably either loves or hates them all already.

I decided instead to base my list around a bunch of albums that probably very few of you love.  You may have never heard of them, you may have heard terrible things about them, or maybe they were just overshadowed by other things that the artists did either before or after.  The list is a top 30, because I listed all the albums I thought would qualify and came up with 31.  I rounded down.  (Sorry, Handsome Furs!)

I’ll be presenting this list in three installments, because it’s kind of long. As always, I’d like to make my disclaimer that this list reflects what I myself listen to; I’m sure that someone else could–and should–make lists of neglected metal, gospel, or country records.  But this list is pretty pop-oriented.  That’s just how it is.

Lesley Philiips emerged in the mid-eighties as an awkward Christian Cyndi Lauper, but had more critical (if not commercial) success once she changed her name, stopped singing about Jesus, and married producer T-Bone Burnett.  But she and Burnett split after fifteen years together, and her self-produced album from 2008 is a wonderful mess of poppy angst channeled through bitter guitar noise.

Allegedly it’s the best-selling Welsh-language album in history, and probably it is.  But that’s also not really saying a lot.  This decade SFA teetered constantly between punky noise, shroomy psychedelia and glossy pop, but nowhere did they accomplish all three as successfully as they did on Mwng.  Overshadowed by the more ambitious Phantom Power and Rings Around The World, their first album of the 00’s is still their best.

One of the first emo-ish bands to see mainstream pop success, Arizona’s Jimmy Eat World have had lots of modern rock hits but only one crossover success, the massively inescapable The Middle. They’re not flashy and they’re too normal-sounding to be really well-respected by anybody, but this album (the title of which was changed after 9/11) featured four excellent singles plus really fun album tracks like the Mellencamp-inspired Authority Song.

As an octet, Scottish anarchists Chumbawamba had one crazy mega-hit with 1997’s Tubtumper, but by 2005 they had somehow morphed into an old-timey folk quartet.  A Singsong And A Scrap features traditional English folk songs about anarchists and labor activists; there’s even an a cappella cover of The Clash’s Bankrobber.  It’s odd, but great.  (Completely different but also worth checking out: The Sex Patels, a Chumbawamba side project/Bollywood punk cover band.)

Vancouver quintet The Organ released just one album before breaking up in 2006, but what a wonderful album it was.  The songs are brief and tight, most under three minutes, with singer Katie Sketch intoning moodily over Jenny Smyth’s swirly organ.  (Brother, the first of the album’s two singles, was promimently featured on an episode of The L Word.)

No, really.  She may have tried to rhyme “latte” with “double-shottay” on the title track, but there’s a lot more to Madonna’s much-maligned studio album than silly rapping; whether she’s perkily singing about a dead parent on Mother And Father or getting a gospel choir to sing about not being religious on Nothing Fails, American Life is surprisingly challenging and a lot of fun.  (It’s also about a million times better than the tedious yet strangely-beloved Confessions On A Dance Floor.)

The second album by Beyonce’s younger sister disappeared rather quickly, and I only picked it up by chance at Circuit City’s going out of business sale.  But the album veers between pop and R&B in surprising ways; it’s been noted that audiences seem to only like soul revival stuff when it comes from white ladies, so maybe it’s no surprise that excellent singles I Decided and Sandcastle Disco weren’t smash hits.  But the sultry TONY is surely one of the great lost singles of the decade (featuring one of the decade’s great lost videos,) and album closer This Bird is a six-minute empowerment anthem set over, of all things, a Boards of Canada track.

After nine years apart, Kim and Kelley Deal returned with the remarkably somber Title TK.  The best album of their career is jagged and empty-sounding; lead single Off You is probably the best track, a five-minute dirge with half-articulated lyrics that don’t explain anything but which seem almost unbearably sad, anyway.

Did you know that Danger Mouse produced a folk album this year?  Neither did most other people, which is too bad, really, because the debut record by British singer-songwriter Helena Costas is quite lovely; her dippy lyrics about horses turning into cows are tempered by the celebrated producer’s subtle electronic touches.  I don’t know why this didn’t get more buzz, especially since everybody went nuts over kooky English ladies this year.

Sure, everybody likes to hate on Jewel, and it’s true that she’s made some pretty hokey music over the last fifteen years.  But on 0304, her odd, Cole Porter-inspired venture into electro-pop, her hokeyness became self-aware and, for the first time, fun.  For the album’s most political song she rhymed “we like spam in America” with “Polanski’s banned from America,” but her love songs sound much better amid bloops and synths than they ever did with earnest guitars.  My favorite track is the Stephin Merritt-ish Fragile Heart.