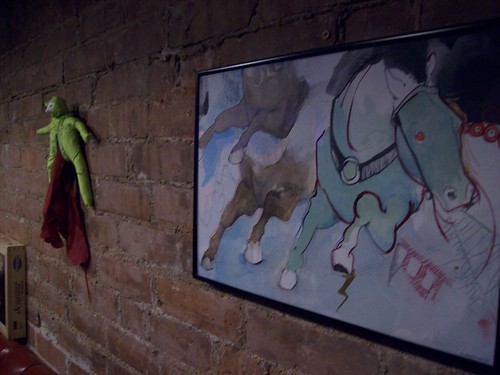 Not surprisingly, most of the servers at Julian’s are not professional waiters in for the long haul. But how boring would that be. While musicians are well-represented on the crew, I had no idea the bench was so deep in the visual arts. The current show is curated by artistic manager Joshua Kemp (also of Mahi Mahi/Chinese Stars fame) and most of it is for sale. Both the painting and soft sculpture pictured here are by Kendra Plumley. Not for sale and impossible to photograph is the triptych of ‘fingerprints’ in the tiny, even script of manager Brian Oakley, the content of which apparently caused one female patron to swoon and question the point of her entire existence. Brian must be pretty used to females swooning by now, but apparently this was fairly existential in nature and philosophers had to rush to the scene. I do want to add  that although the waitstaff may have other ambitions, their service is swift and attentive and you should tip generously. (The Monday Scrabblers love love love these people.) More pix after the jump.

Close-up of ‘Twinjas’ by K. Plumley. 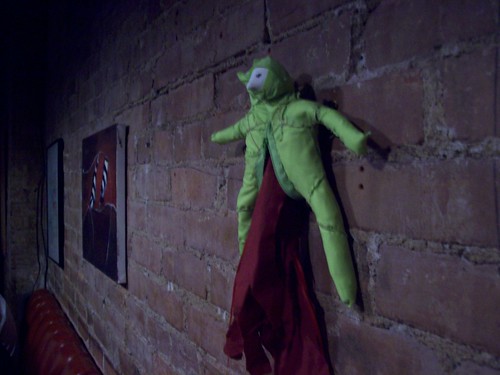 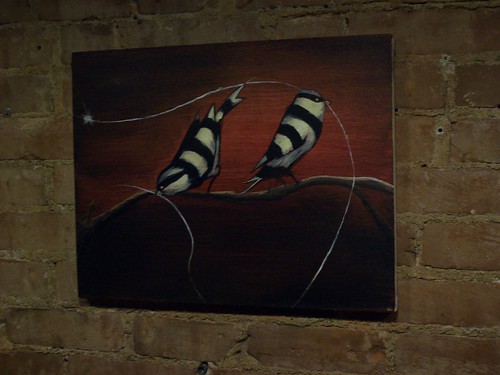 ‘Clavitar on Wood’ by Josh Kemp (Fans of Flight of the Conchords would know this instrument as a ‘guitboard’.) Mr. Kemp went to great pains, measuring and calculating the precise dimensions of this piece. It is exactly like one of these things really is. 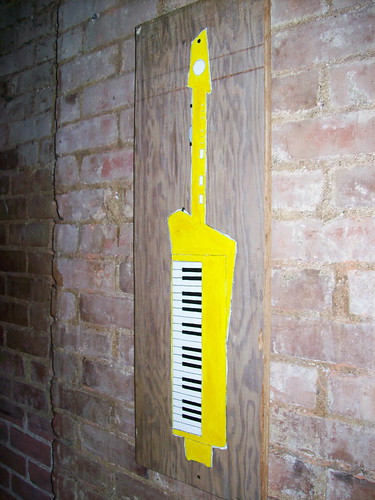