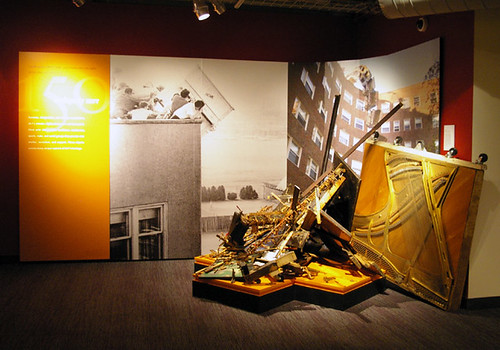 The MIT Museum’s 150 exhibit, highlighting 150 years of the institute’s history, opens today! I attended a sneak-peek reception last night, and it blinded me with science (seriously, MIT, those are some bright wall colors you’ve got there).  Colorful drinks were served in beakers and flasks, and hors d’oeuvre trays bubbled and steamed mysteriously.  Curator Debbie informed us that “150” is the largest exhibit ever at the museum, and it’s the first one to have input from the entire MIT community, which resulted in a crazily wonderful mix of subjects.  Rhode Islanders had a hand in “150,” too: the look of the exhibit was designed by Providence firm Malcolm Grear and executed by Orion RED–meaning that the pedestals holding up some of the world’s most innovative ideas and discoveries were built in Smithfield.


“150” features varying displays of science and technology, from instruments that had been on the moon to 19th-century surveying equipment and field notes tracking local hailstorms.  Many exhibits have interactive, screen-touch technology, and those with audio, such as original recordings of ground-breaking lectures, can only be heard by standing directly under a speaker, as if the exhibit is addressing only you.

It’s hard to live in the Ocean State and not get excited about marine biology, particularly from URI scientists.  Celia Cackowski’s Pecha Kucha presentation last month on the thousands of new marine species discovered via a ten-year international study was simply fantastic, and Bob Ballard’s various underwater discoveries are just short of mind-blowing. Remember those gigantic tube worms, shown on Ballard’s “60 Minutes” story last year, that lived in water assumed to be far too deep and dark and cold for things to survive?  Yep, “150” has those worms amid a display of little-known underwater species.

Other scientific breakthroughs in “150” range from once-far-fetched, now-ubiquitous items like computers to newly emerging developments like synthetic skin and a working model of a wheelchair that can climb stairs.  “150” celebrates art and music in conjunction with science, and even some MIT “hacks” receive a well-deserved nod, best exemplified by–my favorite piece–the Smoot Stick.  Pictured above: homage to the famous Baker House Piano Drop of 1972, which sparked an annual tradition of dropping a 500-pound piano off the roof and studying its trajectory and speed, or just enjoying seeing it smash to pieces.  Why wasn’t my own college this cool?

Although the curator hinted it may be up longer, “150” is promoted as lasting only 150 days.  You’ll want to get there soon and take time to absorb everything you can.  The museum is open 10 a.m.-5 p.m. daily except for major holidays.  Admission is FREE the second Friday of each month from 5-8 p.m. and on Sunday mornings from 10 a.m.-noon.  All other times, it’s $7.50 for adults.  It’s even cheaper for kids ($3 for tykes, $5 for kids over 5), and they’ll love the musical and animal noises each of the steps make as you make your way upstairs to the exhibit. 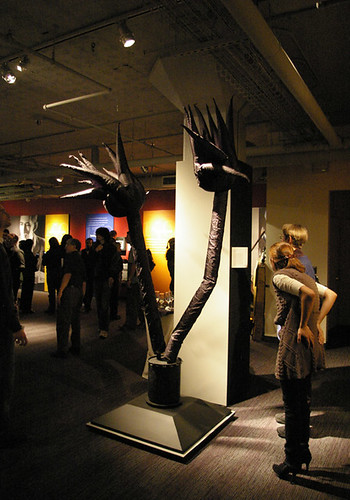 Proving that not everything scientific must be useful, inflatable/deflatable fauna were a real crowd-pleaser. 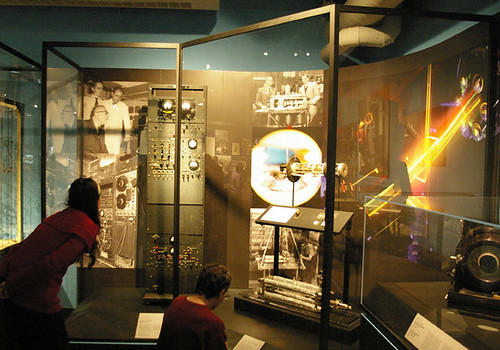 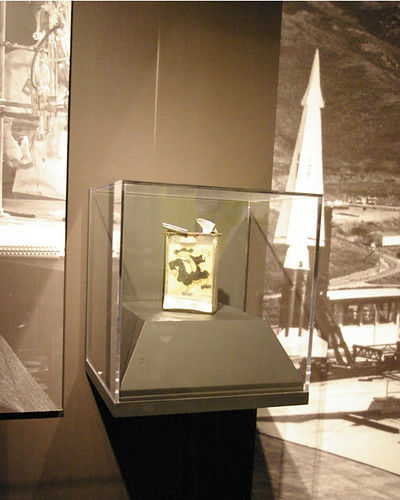 I was informed far too nonchalantly that this happy lil’ guy is radioactive. 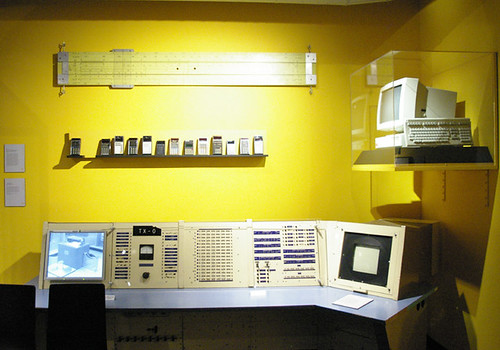 And I thought my non-flat-screen monitor took up too much desk space! 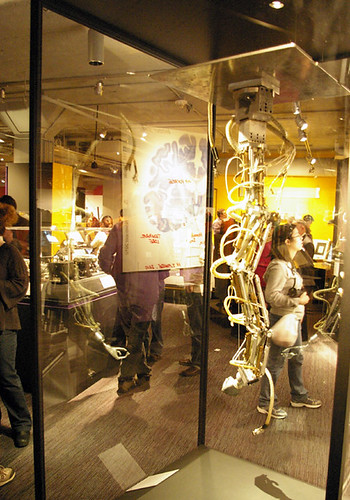 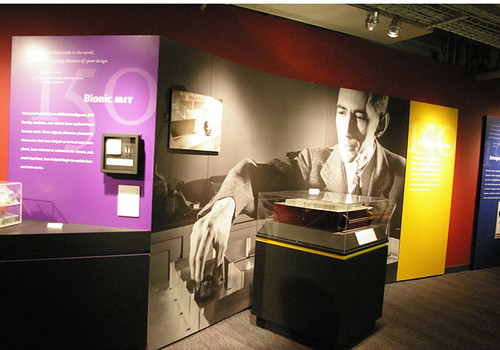 This robotic mouse navigates mazes as successfully as live ones.  Cute and creepy and fun at once. 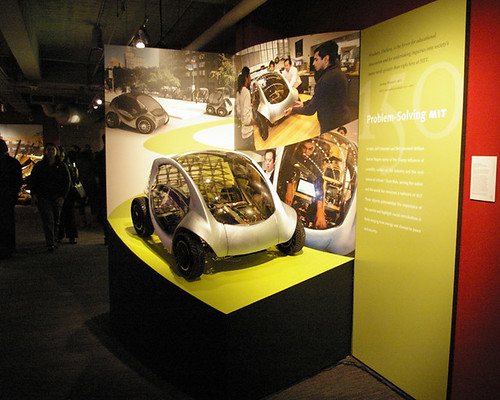 My next car, if I can lose some post-holiday pounds.