Two Rhode Island chefs — J & W grads both — are semifinalists for the 2016 James Beard Awards. Derek Wagner of Nicks on Broadway (open since 2002) is already a Providence institution, while Champe Speidel will be relocating his Persimmon from Bristol to the former Rue de L’Espoir site at 99 Hope Street, in Providence (see below) this spring. From the ProJo.

The judging panel — leading regional restaurant critics, food and wine editors, culinary educators, and past James Beard Foundation Restaurant and Chef Award winners — then votes on the five nominees to select the winners.

Johanne Killeen and the late George Germon are the only Rhode Islanders to have won the Best Chef Northeast Beard Award. That was for Al Forno, in 1993.

Wagner is a first-timer for the Best Chef Northeast award while Speidel is on his sixth nomination. Five finalists will be announced on Tuesday, March 15, from the 20 semifinalists. 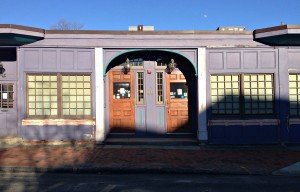