The good news? Viking raids are waaay down. And yet, there is apparently still clearance enough on the “west passage” for the tour boats to ply their trade. (See below.) But just because you can, doesn’t mean you should. The aroma this day was positively eye-watering. What could those tourists have been thinking? And hats off to that poor guy at the helm — he sure was giving it his all.

On November 6th, election day, voters will be asked to vote on three state referenda — all of which I support, more later — and a vote in favor of Question 3, “Green Economy and Clean Water,” will allow the state to invest $47.3-million in the environment and public recreation, with $7,000,000 earmarked for the dredging of the downtown Providence rivers.

I bet I know how the people at the Providence River Boat Company are going to vote. And how about the folks over at WaterFire?

At a recent rally in Waterplace Park in support of the bond issue, Barnaby Evans, executive artistic director of WaterFire, told the Providence Journal:

“This is an important reinvestment in a fantastic transformational event, of uncovering this river and creating this entire district,” he said. 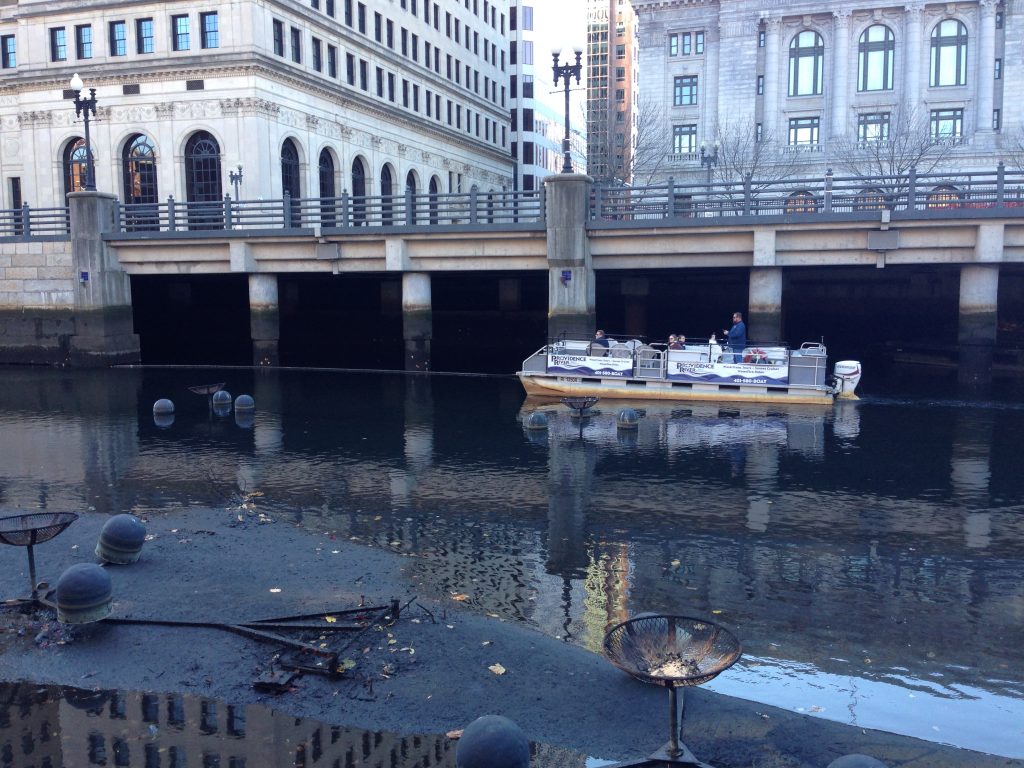