A new four-part series on the History Channel, “The Toys that Built America,” takes a deep dive into the history of the Hasbro company, including the early days of Mr. Potato Head. The second episode, “Clash of the Toy Titans,” details the ongoing battle between Hasbro and Mattel for primacy in the toy market.

And while our hometown loyalties lie with Hasbro, the story of Ruth Handler and her persistent push of the Barbie doll against huge opposition from the male moron cohort at Mattel, made me want to cheer.

As the post-war baby boom creates unprecedented demand for toys, Ruth Handler turns her greatest gamble into the most recognizable toy in the world. Meanwhile, rival Merrill Hassenfeld, at the reigns [sic] of a company that will one day be one the most famous brands in the world, tries to capitalize on Handler’s success to launch a military doll for boys–which is brilliantly rebranded as the world’s first “action figure,” and eventually spawns a tv series and a movie franchise. For decades, these two companies battle each other to dominate the toy industry.

This is a hugely entertaining walk down memory lane — lots of old TV ads — and I learned a lot about the early days of Hasbro. And if you have a Hot Wheels fan in your family, this is must-see tv. 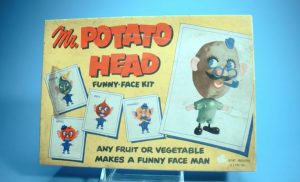