The Rhode Island International Film Festival (RIIFF), the largest public film festival in New England, kicks off Tuesday night at the Providence Showcase with a mix of shorts — live action, documentary, animation, color, drama, musical, comedy, Canada — and barrels along through Sunday, August 14, when a variety of films will be screened at AS220 and the Jewish Alliance of Greater RI (the JCC).

Go here for the schedule of movies and their venues which include AS220, J&W Taco Center, Innovation District Park, Metcalf Auditorium in the RISD Museum, Dusk, and Misquamicut Beach. There are also several listings for virtual screenings.

Of interest in real life:

Friday, August 12 — Who wants to write a screenplay? ScriptBIZ, a daylong screenwriters’ workshop, starts at 10am at the Rhode Island Foundation.

On three nights, August 11, 12, and 13, you can enjoy free screenings ‘under the stars’ at the Innovation District Park.

There’s a lot to sort out; you just have to go scroll through. There are plenty of shorts which can make for an easy and fun sort of night out.

I always like to plunder the animated shorts for their lively images. Featured here is Waaber Waaber four minutes showing “the adventures of two fun loving idiots” by Rich Webber.

Seen below is “Wet” a 6-minute French animated short with no dialogue.

During a thrilling massage, a lady is going to seduce her masseur. Through different rooms of a thermal cure, a seduction game would take place. A maze of sensation, flesh and steam which lead them to meet again. 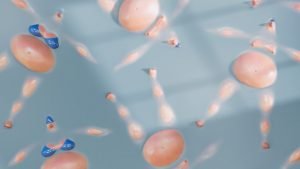 Below is “Run Totti Run” by Shad Lee Bradbury. “A young boy and his dog in the rice fields of Cambodia encounter an unmoving obstacle that will bring to light their love.”

Every still for this short looks like it was individually hand-painted. I see a Tyrus Wong influence. 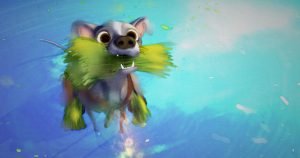